Discover the story of the excavation of Tutankhamun’s tomb through the eyes of the archaeologists on the ground.

2022 marks 100 years since the discovery of Tutankhamun’s tomb.

In 1922 Howard Carter and his team discovered the tomb of the young king Tutankhamun at Luxor. It was the first known intact royal burial from ancient Egypt, and preserved a wealth of ritual items and objects from the king’s life – flowers and fruit as well as gold...

Using Carter’s archive of photographs, letters, plans, drawings and diaries – now part of the Griffith Institute, Oxford – this exhibition brings to life the complex stories of the discovery, excavation, documentation and conservation of Tutankhamun’s tomb, including often overlooked Egyptian members of the archaeological team.

Come and explore this vivid and intimate insight into one of the world’s most famous archaeological discoveries.

Watch a fly-through of the tomb of Tutankhamun, as reconstructed from the records in the archive.

The film is produced by Christopher Breninek, Matthieu Götz and Benny Waszk, (c) The Griffith Institute (University of Oxford) and The Bodleian Libraries.

An audio highlights tour in English and Arabic is available to listen to on your device in the exhibition. Scan the QR code as you enter the gallery.

In collaboration with The Griffith Institute.

Events related to this exhibition 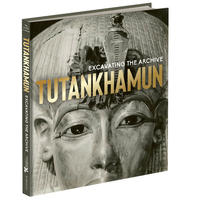 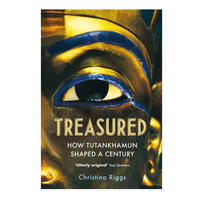 Treasured: How Tutankhamun Shaped a Century
£20 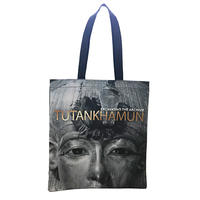 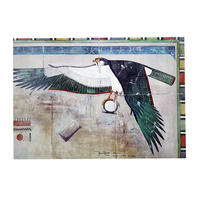