The Original Wind in the Willows

The Original Wind in the Willows

In the spring of 1907 Kenneth Grahame sent his seven-year old son, Alastair (nicknamed 'Mouse'), the first of a series of letters telling the story of a group of animals and their various adventures along the river, in the woods and on the road. These letters, centering on the swaggering Mr Toad, formed the first whisperings of what would become one of the best-loved children's stories of all time: The Wind in the Willows.

To mark Keneth Grahame’s centenary in 2007, the Bodleian Library launched an online exhibition, which can be explored below, featuring the final manuscript itself and the 15 original letters sent by the author to Alastair, alongside two of the most famous illustrated editions and other compelling items.

Talking about the exhibition, Dr Chris Fletcher, Head of Western Manuscripts, Bodleian Library, said: ‘The Bodleian Library benefitted tremendously from the great generosity of Kenneth Grahame and his wife, through bequests and gifts – including the letters and manuscripts on display. We are therefore particularly delighted to be able to share with the wider public, in our display and accompanying online exhibition, the story of how one of the greatest children's stories of all time came into being.’

Kenneth Grahame bequeathed all the royalties in his works to ‘the University of Oxford for the benefit of the Bodleian Library’, an act of generosity that has enabled it to acquire many books and manuscripts for its readers and the wider public to enjoy, not least in the field of literature for children.

Kenneth Grahame was born in Edinburgh in 1859 and attended St Edward’s School, Oxford, where he excelled both academically and on the sports field. He longed to attend the University of Oxford but, to his lifelong regret, his desires were frustrated by his uncle, who refused to pay for him. Grahame pursued instead a successful career in the world of finance, rising to become Secretary of the Bank of England. Just as his professional career flourished, so his reputation as a writer grew strongly: his collection of stories, The Golden Age, was published in 1895 to great critical acclaim.

In 1899 Grahame married Elspeth Thomson and on 12 May 1900 their only child, Alastair (or ‘Mouse’) was born. Grahame resigned from the Bank in June 1908, having written little since Dream Days (1899), a collection of stories about childhood. His literary reputation was already strong, but it was the publication in October 1908 of The Wind in the Willows that made him world famous - much to the surprise of many literary critics, who disliked the book.

Grahame would never repeat such success again and henceforth only dabbled in literary affairs. He died on the 6 July 1932 and lies buried in Oxford’s Holywell Cemetery, where his headstone reads: ‘To the beautiful memory of Kenneth Grahame, husband of Elspeth and father of Alastair, who passed the River on 6 July 1932, leaving childhood and literature through him more blest for all time.’

Kenneth Grahame bequeathed all the royalties in his works to ‘the University of Oxford for the benefit of the Bodleian Library’, an act of generosity that has enabled the Library to purchase many important books and manuscripts over the years. Elspeth Grahame was a great supporter of the Friends of the Bodleian, and made important gifts to the Library through donation and bequest.

Kenneth Grahame’s Letters to 'Mouse': first stirrings of The Wind in the Willows

In the Spring of 1907, Kenneth Grahame and his wife travelled to Cornwall for a long holiday. Their seven year old son Alastair, or ‘Mouse’, agreed to remain with his nanny, Miss Stott – but only if his father continued to tell him bedtime stories by post.

His father agreed and over the next few months sent Alastair fifteen letters recounting the reckless adventures of Mr Toad and the attempts of his long-suffering friends, Mole, Rat and Badger, to rescue him from his various scrapes and teach him how to behave properly. The descriptions of the river and surrounding landscape draw upon Grahame’s own fond childhood memories of the countryside around the Thames.

The early letters to Alastair begin and end affectionately, combining real news with the story of Mr Toad. However, following Alastair’s demand to be called ‘Michael Robinson’ instead of his real name (which he decided he did not like), the letters abandon their chatty tone and simply tell the story, ending in each case, ‘to be continued’.

The letters were carefully preserved by Miss Stott and given to Elspeth, who persuaded her husband that they would make a wonderful book. Grahame followed her advice, developing his narrative and publishing it in 1908 as The Wind in the Willows.

The original letters were given to the Bodleian Library by Elspeth Grahame in 1943, and can be read below.

Elspeth Grahame persuaded her husband to use his letters to Alastair as the basis for a proper children’s story. The resulting book, The Wind in the Willows, tells the amusing, lively and morally instructive tale of a group of animals pursuing various adventures along the river, in the threatening Wild Wood and on the road.

Perhaps the most memorable character is Toad of Toad Hall, an excitable, impetuous, swaggering figure, whose almost hypnotic obsession with the speed and noise of the newly invented motorcar leads him badly astray.

The Wind in the Willows is a wonderfully entertaining and educating read for children. Yet its impressionistic rendering of the English landscape, subtle questioning of modernity and mythic exploration of grace lend it a sophistication that speaks to adults too.

Shown here are various images from the original manuscript of The Wind in the Willows, given to the Bodleian Library by Elspeth Grahame in 1943.

The most important copy of The Wind in the Willows is the one given and dedicated by Kenneth Grahame to his son. It is inscribed October 1908, the date of the book's first publication in England. Cookham Dean was the location of the Grahames' country house, in Berkshire.

The fame of Grahame's characters and their place in our imagination owe much to illustrator Ernest Shepard. Various scenes from the book are depicted below.

President Theodore Roosevelt greatly admired The Wind in the Willows, as can be seen in these two letters written to Grahame shortly after the book was published. 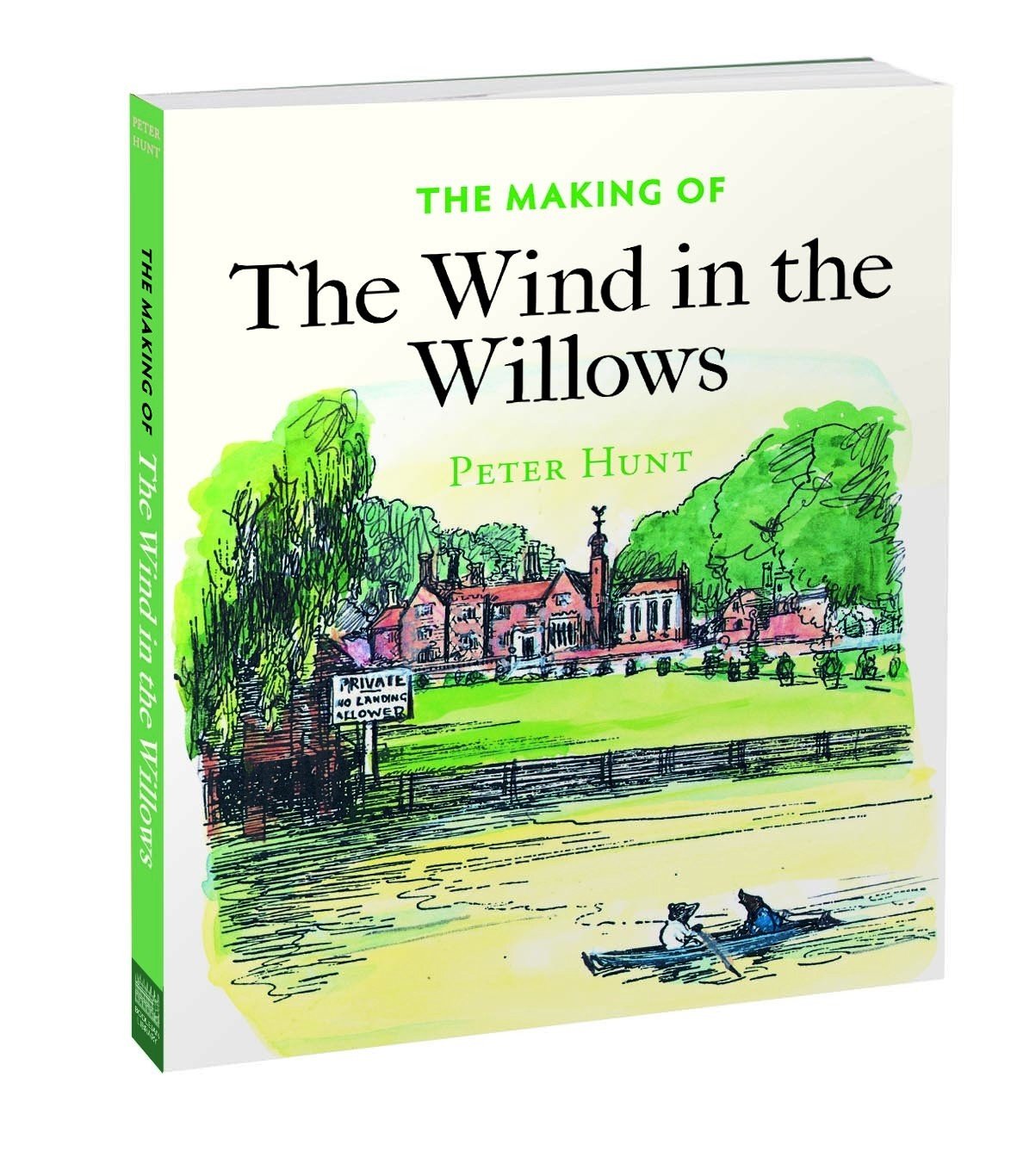 The Making of The Wind in the Willows