The Divine Comedy from Manuscript to Manga

The Divine Comedy from Manuscript to Manga

This display has now closed

The Divine Comedy is an epic poem in which Dante Alighieri (1265–1321) describes his vision of Hell, Purgatory and Paradise. Led by the poet Virgil, Dante journeys through a series of punishment and suffering until he reaches Paradise, where his life-long love Beatrice is his guide.

A deeply moral and often disconcerting work, the Comedy’s vivid immediacy has ensured that this medieval poem has been read, admired and variously interpreted for the past seven hundred years ago.

To mark the seventh centenary of Dante’s death, this display featured the earliest copy of the poem, through to contemporary cartoons and manga. They invited us to think about the way our reading is affected by the physical form of the book. And they engaged repeatedly with the fascinating relationship between words and images.

The Comedy was originally published without illustrations, but the power of Dante’s vigorous descriptions inspired artists to complement his text with images, a practice that began soon after Dante’s death and continues to this day.

A free companion exhibition at the Ashmolean Museum focuses on Dante: The Invention of Celebrity (17 September 2021 – 9 January 2022). 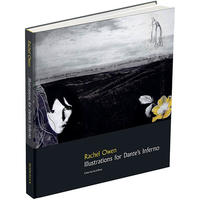