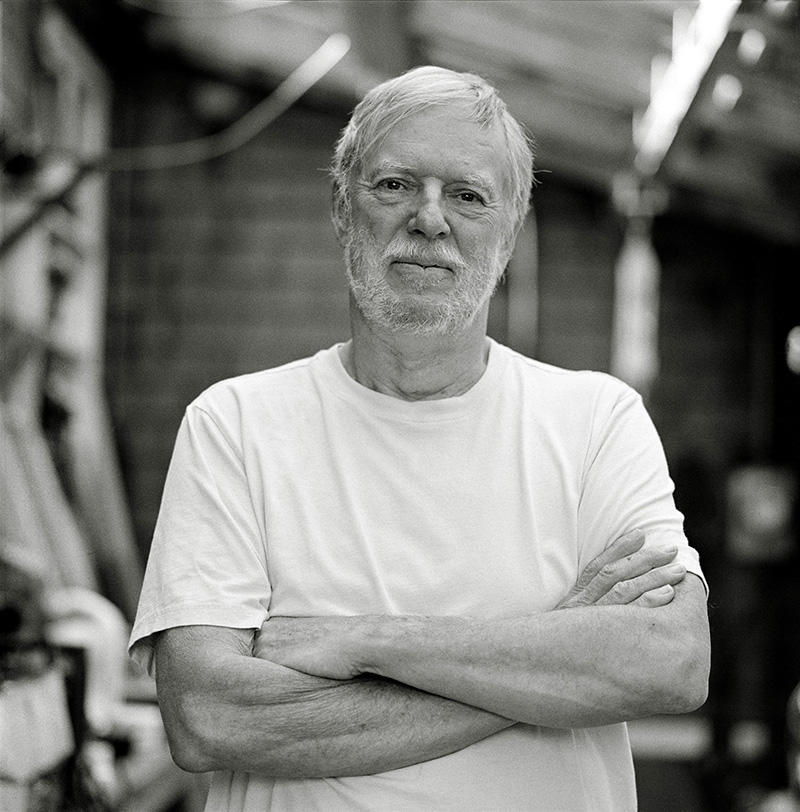 To be delivered by Jock Reynolds, Emeritus Professor of the Yale University Art Gallery, and Thomas Palmer, Printer

The Richard Benson Lecture on the Reproduced Image commemorates the life and work of American photographer, printer, teacher and author Richard Benson (1943 – 2017). Benson developed innovative techniques for photographic offset printing and inkjet printing, embracing technologies old and new. He is particularly celebrated for the remarkable photography books he helped to create, including The Work of Atget, The Face of Lincoln, Photographs from the Collection of the Gilman Paper Company, and over a dozen books by Lee Friedlander. He also photographed extensively throughout the United States, first with a view camera and later with a handheld high-end digital camera. Benson's work is held in many collections, including the Museum of Modern Art, the Metropolitan Museum of Art and Yale University Art Gallery.

The Richard Benson Lecture on the Reproduced Image will be delivered by Jock Reynolds, Emeritus Director of the Yale University Art Gallery, and Thomas Palmer, Printer. The speakers will explore Benson's life, career and work, and his approach to the issue of the reproduced image as a printer and maker of some of the most important illustrated and photographic books of the post-war era.

This lecture will take place in the Sir Victor Blank Lecture Theatre at the Weston Library. It will be followed by a drinks reception.

Thomas Palmer was hired by Richard Benson in 1982 to assist with the printing of Photographs from the Collection of the Gilman Paper Company. The project took four years, during which time Palmer learned the basics of offset print production, as well as platinum/palladium printing, photogravure and various other photographic techniques. After a stint producing photogravure editions for noted photographers, Palmer began making analog film separations for commercially printed photography books, again under Benson’s tutelage. For the last 30 years he has worked independently, transitioning from analog film separations to digitally produced image files for use in book production and digital dissemination. He has taught classes in book production at Yale University and the Rhode Island School of Design.

Jock Reynolds was the Henry J. Heinz II Director of the Yale University Art Gallery from 1998 to 2018. Over the last twenty years, Reynolds has led the Yale University Art Gallery through the major renovation, expansion, and reinstallation of its exhibition, teaching, and collection facilities, and launched an active program of collection-sharing among college and university art museums. For his work as an artist, Reynolds has garnered numerous grants and awards, including two NEA Visual Artists Fellowships and multiple NEA Art in Public Places project awards. Frequently created in collaboration with his wife, Suzanne Hellmuth, his and their artworks have been exhibited broadly in the realms of visual art and theater, and are represented in numerous public and private collections.

Image credit: A portrait of Mr. Benson in 2012 from the series “From Darkroom to Daylight”, Harvey Wang. © Harvey Wang

Booking is required for this event. Once you have booked your place, the ticketing system will send you an automated confirmation.