Babel: Adventures in Translation takes visitors beyond the ancient myth of the Tower of Babel and society's quest for a universal language to explore the ubiquity and power of translation in the movement of ideas, stories and cultural practices around the world.

Through a stunning selection of objects ranging from a second century papyrus book and illuminated manuscripts to animal stories, religious books and a bilingual road sign, Babel explodes the notion that translation is merely about word-for-word rendering into another language, or that it is obsolete in the era of global English and Google Translate. Treasures from the Bodleian Libraries' collections, both ancient and modern, illustrate how stories have travelled across time, territory, language and medium.

Highlights on show include a 4000-year-old bowl inscribed with a language that still resists deciphering, an unpublished Tolkien notebook revealing how he experimented with Esperanto before creating his fictional Elvish languages, and an experimental 1950s computer programme designed to generate love letters. Exploring themes of multiculturalism and identity, the exhibition considers issues that are more relevant than ever as Britain approaches Brexit. It also tackles the tricky question of how to translate for the distant future.

The Weston Library is wheelchair accessible

a thoughtful exhibition of books, ancient papyri and tablets, and contemporary translation-related ephemera that … attempts to show what translation looks like. 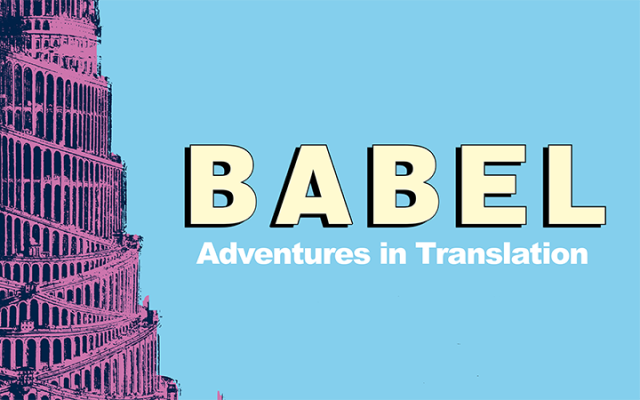 The Paradox of Translation

Translation is all around us, changing words into other words, creating a huge explosion of different nuances and meanings. Translation is also a particular discipline in which choices can be judged better or worse, correct or incorrect. This talk will explore the paradoxical co-existence of these two ideas of translation, looking at a wide range of examples from the ancient world to the world wide web, and from poetry to patisserie.

As the UK wrestles with its political and cultural identity in the current world, its linguistic identity seems increasingly homogeneous and exclusively English. Yet the rise of 'global English' and the downward trend in language learning in schools mask a vibrant diversity of languages in everyday UK use – a diversity that has a rich heritage in the British Isles. The talk will look at the importance of translation for creating the English language, and the vibrant manifestations of language exchange in the UK today.