The Institutional Library and the History of Book Collecting 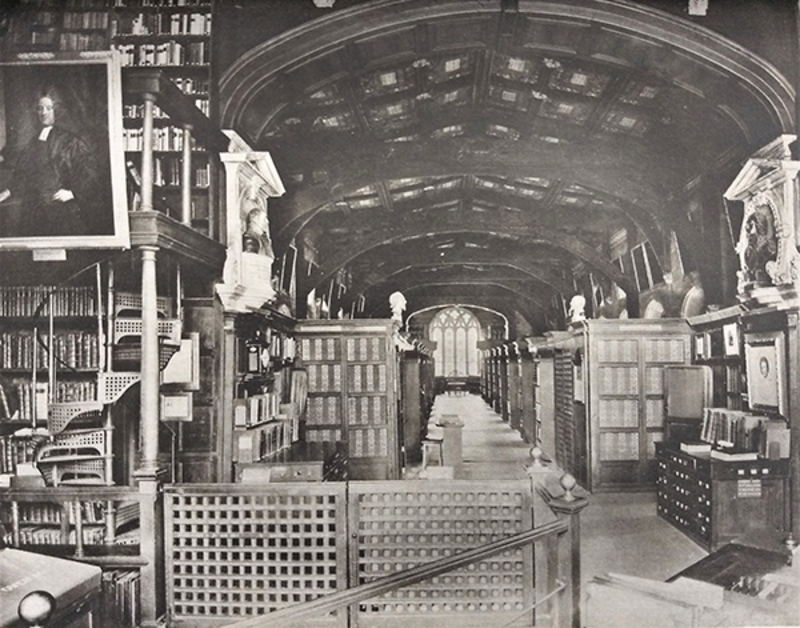 The Institutional Library and the History of Book Collecting: Fragility and Perseverance

This event is now fully booked

The Bodleian Library was one of the greatest libraries of the first age of print. In size and resilience it was exceptional. Andrew Pettegree and Arthur der Weduwen look at the Bodleian's founding in the wider context of an age where other institutional libraries struggled for survival, and university libraries were often smaller collections than those of university professors. Private collecting played an essential and underrated part in the development of library, right through to the trials and turbulence of the twentieth century – in which the Bodleian would again play a notable role.

The Library: A Fragile History, is published by Profile on 14 October.

Andrew Pettegree, FBA is Professor of Modern History at the University of St Andrews and Director of the Universal Short Title Catalogue. He is the author of over a dozen books in the fields of Reformation history and the history of communication including Reformation and the Culture of Persuasion, The Book in the Renaissance, The Invention of News, and Brand Luther: 1517, Print and the Making of the Reformation.

Arthur der Weduwen is a British Academy Postdoctoral Fellow at the University of St Andrews and Deputy Director of the Universal Short Title Catalogue. He researches and writes on the history of the Dutch Republic, books, news, libraries and early modern politics. He is the author of Dutch and Flemish Newspapers of the Seventeenth Century, The Bookshop of the World. Making and Trading Books in the Dutch Golden Age (co-authored with Andrew Pettegree) and two books on early newspaper advertising in the Netherlands.

When you have booked your place, the ticketing system will send you an automated confirmation.