Dante 1481: the Comedia, illustrated by Botticelli 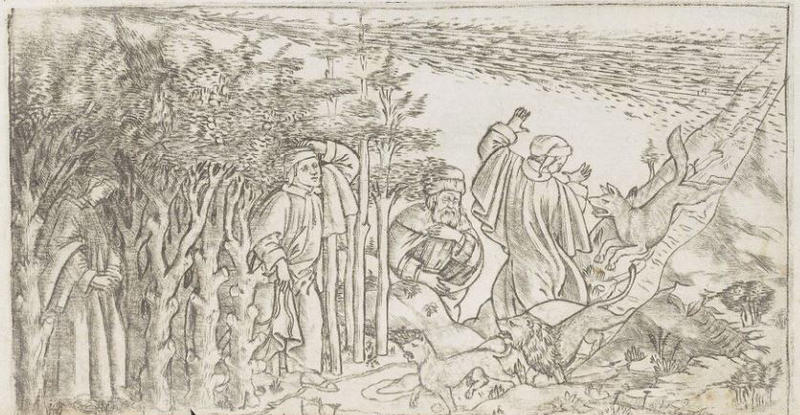 Dante 1481: the Comedia, illustrated by Botticelli

The 1481 edition of Dante's La Comedia contained engraved illustrations from designs by Sandro Botticelli. This ambitious book could potentially have been the first fully illustrated edition of the poem.

No more than 19 illustrations are printed directly onto the page in any of the surviving copies, and in many of the 156 copies known to exist around the world, the number of illustrations is far lower, some appearing misplaced or upside down or supplemented by later images. Each copy has developed its own unique history and provenance as the books have spread across Europe and beyond in the 540 years since they were first printed.

2021 marks the 540th anniversary of the edition's publication and the 700th anniversary of Dante's death. To celebrate, we hope to display copies from Italy, the U.S.A. and the U.K. and to hear the books' stories from their current keepers. We'll be using online technology developed during the lockdown to give the audience visual access to copies that couldn't otherwise be brought together physically at one time.

(More libraries will be added as they are confirmed.)

This event is hosted as part of two series:

Events of the Bibliographical Society of America

We are grateful to the Italian Cultural Institute of London and the Bibliographical Society of America for their support.

The event will be presented in English. Automated captions will be available.

The event will be recorded.